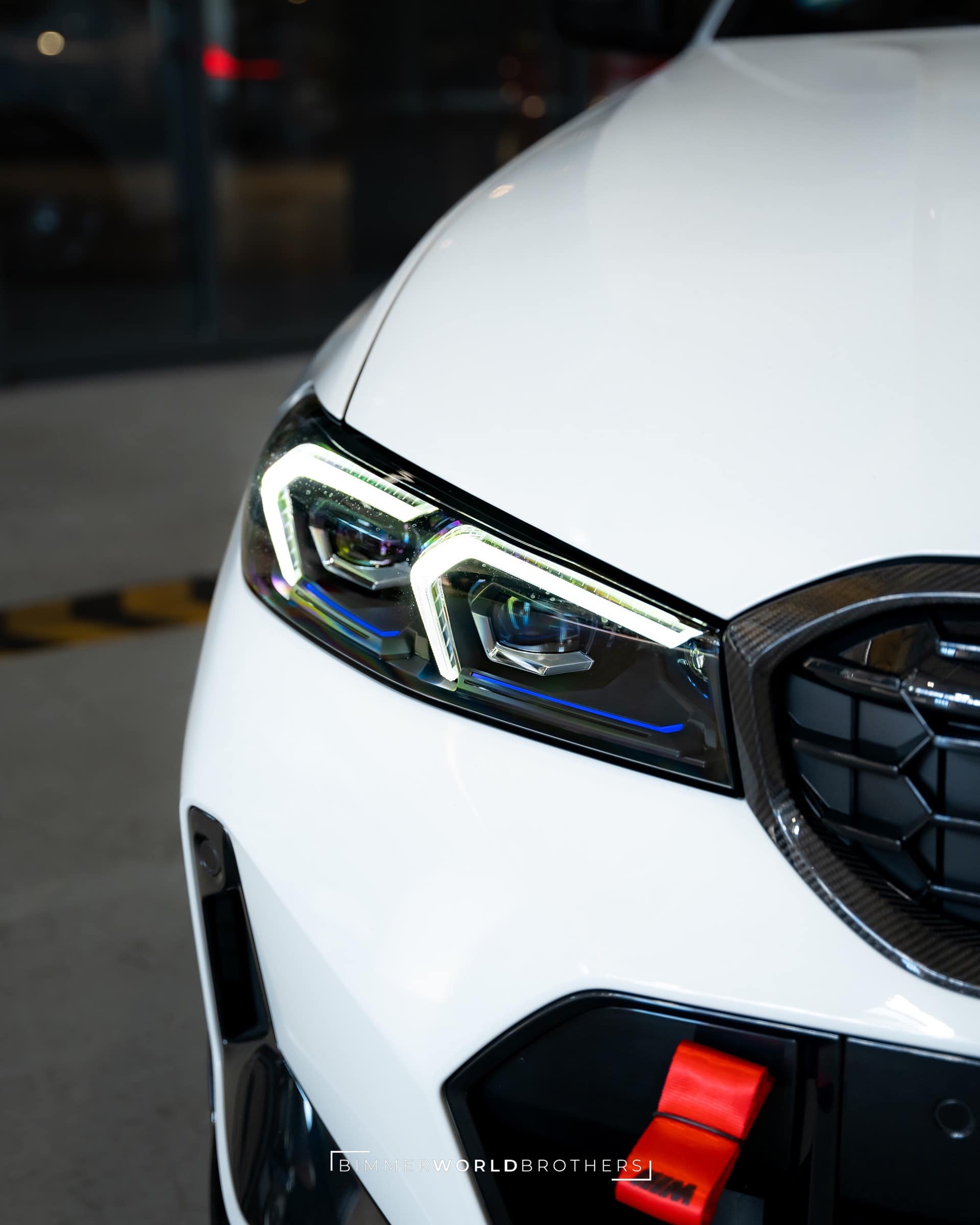 The role that headlights play has expanded beyond their primary purpose of illuminating the road ahead. Pioneered by BMW’s arch-rival Mercedes, a revolutionary new technology dubbed “Digital Light” turns a car’s headlights into floodlights to communicate with pedestrians about various hazards. On the gadget side, there’s this – an LED animation when you unlock the car.

Luxury vehicles have had this “feature” for many years and the owner of a new 3 Series Touring decided to show how it works on his M340i Touring LCI finished in Melbourne Red. Apart from the OS 8, the main novelty of the facelifted 3er are the headlights and give it a somewhat sharper front end.

It’s worth mentioning that the M Performance wagon shown in the video above has the adaptive LED headlights, as indicated by the blue accents in the clusters. The boomerang-shaped daytime running lights do a little “dance” after the hazard lights flash when the owner unlocks the vehicle. They increase in intensity at the end for a bit more visual drama, but we’ve seen more sophisticated light signatures, especially on the latest Audi models.

Ultimately, the animation serves no functional role, other than to allow BMW to further individualize its own cars to distinguish them from competing brands. Adaptive LED headlights are standard on the M340i and M340d models, but are also offered as an option on the lower spec 3-Series LCI.

You can also see the nifty animation in the video below describing another M340i facelift, but this time it’s a sedan finished in Alpine White with a handful of optional M Performance parts. Expect more of these light shows on future models, not just on BMWs and luxury cars in general, but also on mainstream vehicles as LEDs gradually become the norm on even the most affordable cars.