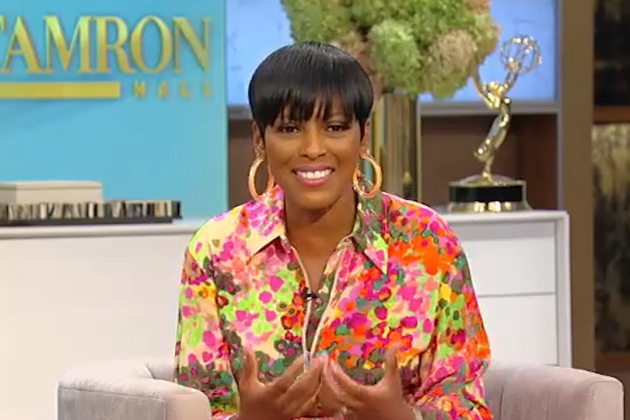 The decision secures a fourth and fifth season for the program, which was recently brought under the ABC News umbrella, and will see it produced until the 2023-2024 season.

“ABC’s decision to give our show a two-season renewal is beyond my wildest dreams,” Hall said in a prepared statement. “I’m so lucky to have such great partners, from ABC to all of our stations across the country, and an amazing team who all support the spirit of the show. We wouldn’t be successful without our loyal following. Hall’s recent one-on-one interviews have included Issa Rae, Cassandra Peterson, Carmelo Anthony, Amanda Gorman, Debra Messing, Tarana Burke, Bear Grylls and Misty Copeland.

The renewal comes after a change of executive producers for the series. In October, ABC appointed Quiana Burns, who oversees the weekend broadcasts of “Good Morning America,” as acting executive producer of “Tamron Hall.” The show’s former producer Candi Carter has entered into a development deal with ABC Entertainment.

Hall recently said Variety that its charge is to bring “important conversations into the day, but in a daytime fashion” that doesn’t leave viewers feeling alienated. She remembers watching afternoon entertainers like Michael Douglas and Dinah Shore as a child, and seeing interviews with John Lennon and Yoko Ono, or Sly Stone or Muhammad Ali; topics covered included integration into schools. “We don’t need to have ‘Crossfire’ in the middle of the day. We can talk about it, ”she said.

ABC executives praised Hall’s approach. “She’s a breath of fresh air during the day, approaching every show and segment with her personal blend of curiosity and compassion,” Kim Godwin, president of ABC News, said in a statement.

“Tamron Hall” is produced by ABC News and distributed nationally by Disney Media & Entertainment Distribution. Airing from New York, the show is produced by Hall and Quiana Burns.