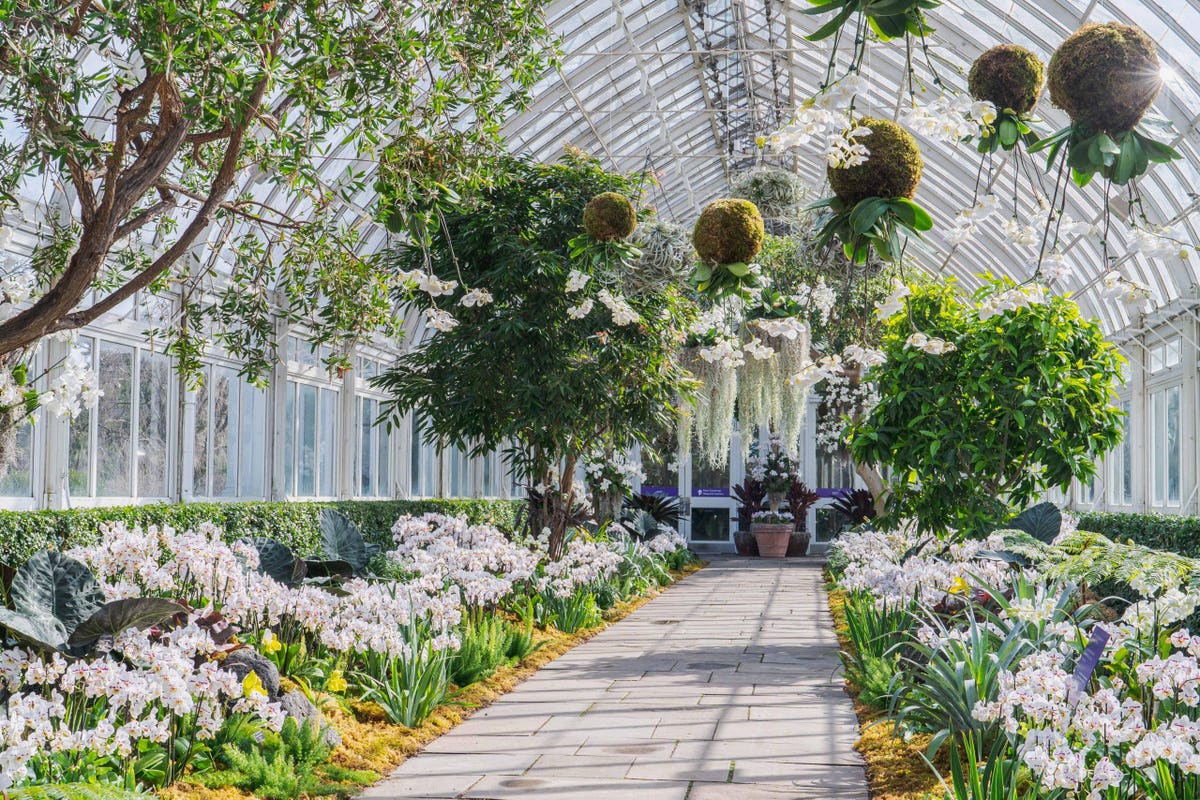 Jeff Leatham is a lifestyle icon and floral designer among the stars, with clients including Dolly Parton, Tina Turner, Cher, Oprah Winfrey and His Holiness the Dalai Lama, among others. He is also the creative force behind The Orchid Show: Kaleidoscope by Jeff Leatham, at the newly opened New York Botanical Garden (NYBG). Intensely beautiful and incredibly colorful, the exhibition also marks the 19and year of NYBG’s popular Spring Show.

Brilliantly crafted and displayed in the lush greenhouses of NYBG’s historic Enid A. Haupt Conservatory, this is a trip of a different kind. Forget flying south for some warmth. It’s a quick springtime trip, written big and blooming in New York City. The exhibition will run from February 26 to May 1, 2022.

Leatham also designed the 2020 Orchid Show, which was cut short due to the COVID-19 pandemic. He returns with a different but equally dazzling concept that transforms each gallery into a different color experience, like going around a kaleidoscope.

For this exhibit, Leatham worked with NYBG horticulturists, including Senior Orchid Curator Marc Hachadourian, to assemble orchids from his collections as well as from some of the best growers in the world.

“The Orchid Show is one of the ways we tell the work of what we do at the Garden,” said Hachadourian. “There are over 30,000 natural species and over 150,000 man-made hybrids. It is one of the most prized and cultivated groups of plants in the world.

Orchids of drastically different shapes and colors are displayed in a variety of configurations.

They are nestled in the thick greenery of the Conservatory, suspended from the ceiling, and rise in towers in the recently restored Palm Dome.

A self-proclaimed “lover of bright colors and color blends”, Leatham said “we wanted you to have an experience everywhere you look. Up, down, around, are reflected in the pools, where one has the feeling of an optical illusion. We wanted an experience where you could walk around, so that you were immersed inside the whole installation and felt like you were part of it.

Daytime at The Orchid Show is magical, but nighttime tours are also great and possible on select Friday and Saturday nights in March and April, with music, cash bars, and food available for purchase. At NYBG Shop, there are thousands of orchids for sale, ranging from exotic specimens to easy-to-grow varieties for beginners.

In effect. This joyful, uplifting and timely spectacle offers every New Yorker and visitor to the city a much-needed sensory escape. For more information, visit The Orchid Show: Kaleidoscope by Jeff Leatham.

The ‘Wendy Williams Show’ ended as badly as it started