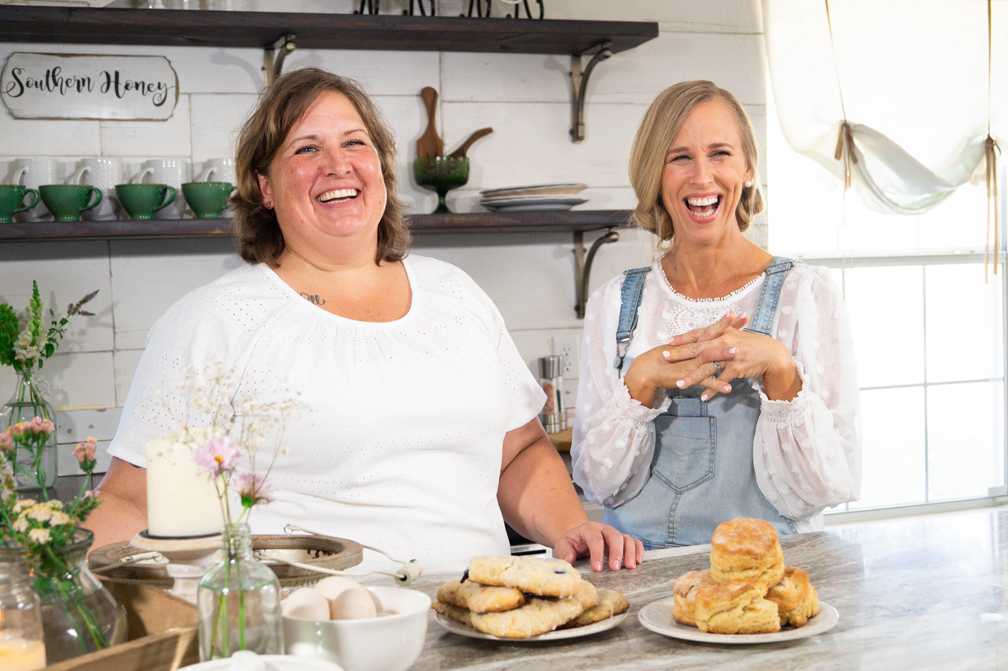 For Brandy Bell, kindness is rare in today’s world.

However, with her new TV show airing later this month, the longtime Midland resident hopes to show just how kind and generous people in West Texas can be.

On August 25, a new show called Keeping Good Co. will air on KWES-TV (channel 9). The show will be a new hospitality and design television show with a base at Little Teeny Farm in Midland and filmed throughout West Texas.

Episodes will air every Thursday at 1 p.m. on Thursday fortnights and on YouTube in the evening.

“It’s an afternoon show because it’s about hospitality and design, but it will also air on YouTube, the full episodes every night at 7:57 p.m.,” Bell said. “A lot of people won’t be able to watch it during the day, so I think the majority of our viewers will be on steam and we’re pushing hard for streaming. We’ll be doing a lot of publicity through streaming because that’s how we’re going to get to a bigger scale but locally, Channel 9. It was fun working with them. They have a working community. It was a fun partnership.

The show is produced and hosted by Bell who has lived in the big city for over 20 years.

“Right now our country isn’t very kind to each other and we need to make kindness stronger and I think this show is a good vehicle to do that,” Bell said. “People believed it. … Now that we see this show happen and lives change, it only strengthens our resolve to make it happen.

The first season of the show started filming in January this year and ended in March.

However, for Bell, the show was a project that spanned nearly three years. After starting in late 2019, she directed two pilots in 2020 before the show was picked up.

For Bell and everyone who worked on the series, seeing the finished product soon will be rewarding.

To celebrate the series premiere, there was a 24-day launch in several West Texas cities included in the new show.

“You know, sometimes when you’re producing the content and doing the show, you’re kind of in a bubble with your team,” Bell said. “So we are ready to go out with people again. When you’re filming, you’re with people all the time and it’s a lot of fun. Then you go into post-production and for months we’re all in these little rooms. We make music, we edit. I am personally thrilled to be dating everyone again and sharing our hearts with the people that matter most to and that is West Texas. We want the whole country to enjoy this show, but we want the community here in West Texas to know we’re doing it for them too. It’s a big problem.

Each episode, which will take place in the fall before the end of the season, will feature a mix of creative elements and then tie it all together with a fun and sometimes emotional “performance” in the local community.

The simple message calls everyone to love their neighbor and inspire kindness.

“It’s a bit of a hybrid show,” Bell said. “The actual show model doesn’t exist on TV, so it’s a bit different. It’s more of a hospitality-travel-design-type hybrid, which means we showcase hospitality and we We incorporate decoration and design. We also travel. The whole point is to connect and serve others. We use hospitality. We use design. We use the travel aspect. The end result is simply d to love others, to be good neighbors and to discover how we can be good members of our community.

Some of the show’s good deeds featured in the first season included helping a single mother clean up and redo her house.

Another featured a refresh from the porch of a retired fire chief’s home in Monahans.

“We held a toy drive for an adoption agency,” Bell said. “We organized dinners. Each episode is the culmination of a final celebration. How can we come together and do this for someone else’s benefit? The first episode is our dog parade. We collected food for local advocacy programs. There is always a party and after services.

Bell says they want to highlight the people doing the work and getting involved in the community.

“It’s not about our team going out and doing good things,” Bell said. “We also want to give back. But we also highlight people doing things like first responders and people doing nonprofit work. We have our Good Neighbor Award and we ask people to email us and tell us about someone in your community who is a good neighbor.

Those who want to recognize a good neighbor can do so on the Keeping Good website at https://www.watchkeepinggoodco.com/the-show.

“We can highlight individuals,” Bell said. “They don’t have to own a nonprofit or be employed in the service. It can just be normal citizens who love each other. It’s something we try to emphasize towards the end of the season. We have to spread the word and the first episodes but the last episodes of the season, we will highlight the good neighbors. We need people to write to us and tell us who is a good neighbor in their community.

The Season 1 finale will air on December 1.

“We’re so excited,” Pearson said. “It’s been a long time coming. … We’re getting ready to air. Our Texas tour leads up to the series premiere and I can’t wait for everyone to see the episode and what we’ve been working on for so long. We did some previews with our pilot but no one saw anything from the first season and i just think the community is going to love it it showcases west texas so much and i really hope we can help people to have a new appreciation for our West Texas community.

Pearson was born and raised in West Texas, graduating from Lee High School in Midland before going to college at Texas Tech University in Lubbock and is now back in Midland.

“It’s really something special to have a role in the narrative and to show West Texas in the best possible light and to tell stories to these people,” Pearson said. “There are so many amazing people doing great things and I think the show shines a light on the good things that are already happening and I’m so glad everyone can see that.”