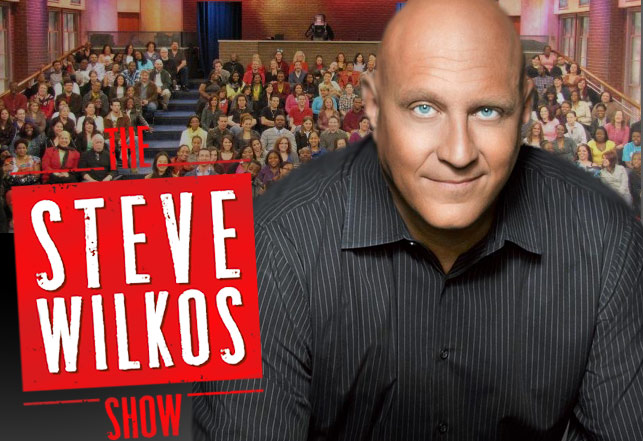 Steve Wilkos’ show isn’t going anywhere anytime soon. It has just been announced that the syndicated TV show has been renewed until 2022.

The daytime talk show is hosted by former Chicago cop Steve Wilkos and covers a wide variety of topics including current affairs, crime, family and relationships.

Steve Wilkos’ show is currently in its 13th season and will run until at least 2022.

â€œThe Steve Wilkos Showâ€ is known for tackling issues such as family and criminal justice, real crime, and relationship conflict. The show is hosted by Steve Wilkos, a simple and tough, former Chicago and US Marine police officer, a past that has shaped and distinguished his perspective from other daytime hosts. The show is currently in its 13th season and celebrated its 2,000th episode on February 24.

â€œFor 13 years, Steve Wilkos has established himself as one of the most trusted daytime television hosts in nationwide syndication,â€ Wilson said. â€œSteve is sincere and his sincere desire to help people is really the key to the show’s success. We look forward to two more years of amazing shows from Steve and his very talented team. “

â€œI am happy that I can continue to bring justice to the lives of my guests and provide a platform for their powerful stories to be heard,â€ Wilkos said. “The show has evolved so much over the years that I can’t wait to see what the future holds.”

“It is because of our guests, passionate fans, dedicated staff and team who believe in our mission that we have been able to be successful for so long,” said executive producer Rachelle Wilkos. “We look forward to continuing to share real crime stories, recognizing everyday heroes, and helping our guests get the truth they deserve.”

For the 2019-2020 season, â€œThe Steve Wilkos Showâ€ averages 1.4 million daily viewers, offering one of the youngest audiences of all day syndication programs. â€œThe Steve Wilkos Showâ€ has been a regular performer for its 13 seasons of broadcast syndication, including an 11% increase in household ratings this season from its first season in 2007-08. The + 11% growth in household ratings “The Steve Wilkos Show” has produced is the most among all unionized talk shows since the 2007-08 season. The “Steve Wilkos Show” continues to live up to its local station partners by increasing 25% from its introduction and increasing by 10% from its 1st quarter hour to its 4th quarter hour this year. season among the key demographic of women aged 25 to 54. .

What do you think? Look at you Steve Wilkos’ show? Are you glad he’s coming back for two more seasons?